Many people seeking alternatives to eating animal products find the dishes bland and tasteless.  Serve this tasty offering as a side dish to Gambardeli’s steaks to your friends and amaze them with the taste, texture and satisfaction.

1. Beans are members of the legume family and are good dietary sources of iron, protein and zinc as well as folate and potassium. Legumes are naturally low in salt and fat,  Furthermore they contain no cholesterol.  Research shows that eating more beans contributes to good health.  A report published by the American Institute for Cancer Research in 2007 recommended eating a portion of beans at every meal to reduce the risk of developing certain types of cancer.  The report was based on looking at the findings of thousands of peer reviewed studies. There are many different beans and many different ways of using them to make delicious healthy meals.

Some people report increased flatulence after eating beans. Gas is usually produced in the intestines by fermentation of undigested sugars such as lactose in dairy products but it may be due to the high fibre content of the beans which acts as a pre-biotic feeding the microbes in your gut, especially if you are not used to eating beans.  It may take a little time for that population to adapt to a change in diet. (see blog on gut health.) This gas may be reduced by soaking dried beans overnight, draining and replacing the water with fresh water each time. Adding garlic, cloves, cinnamon or ginger to the meal can also reduce intestinal gas.  Turmeric is a great addition to meals and it is the raw form that is said to reduce gas.

I know that most people have very little time to soak dried beans and prepare food from scratch.  I save time by soaking dried beans when I have some time.  I cook a batch of them in the pressure cooker and freeze some.  When I come in from work with time short I could thaw the beans or even the complete dish to serve for dinner.  Another time saving tip is to cook extra and use the leftovers as a soup the following day.

2. Seaweed has been used in many countries for thousands of years.  In Scotland and Ireland dulse was collected from the rock pools at low tide and made into puddings.  Kelp was burnt as a fertiliser for the famers’ fields.  The resultant powder being easier to keep and transport than the fresh seaweed.  As a child I remember the farmer driving his tractor and trailer onto the shore to collect the seaweed washed up after a stormy night – a regular occurrence in the west coast of Scotland.  The farmer used the seaweed as a fertiliser for his crops.

Seaweeds are widely used in Japan and it is from this tradition that I learnt to make delicious dishes using various seaweeds.  Japan is one of the blue zones in the world where people live active, productive lives to over 100 years old.  Seaweeds are, in fact, just a jelly protein which attracts the minerals, including iodine,   from the sea surrounding it giving rise to many health claims. A lack of iodine can be a factor in some thyroid disfunction’s.  However, some health professionals caution against too much iodine which can also adversely affect the thyroid gland.  Nori seaweed, the wrap on Sushi rolls, has been  found to contain active vitamin B12 according to reports in the media.  (see blog on vitamin B12). Seaweeds add minerals to dishes, help to soften beans and have a natural flavour enhancer.

3. Pumpkins come in different colours and shapes.  The large field pumpkin grown in England has an insipid watery texture with little flavour.  The orange onion squash with its firm, sweet flesh heralds the end of summer and the coming of Autumn and is probably the most widely available of the firm pumpkins. For me it makes releasing the long, warm summer days bearable.  The flesh of the raw pumpkin is hard to cut and it can break your knife.  My daughter came up with a great solution of roasting the squash whole and then cutting it.  This method is no good if you want to plant the seeds but otherwise it makes the whole process so much easier. The roasted pumpkin can be used as a vegetable side dish and, again to save time, I roast 2 pumpkins, use 1 for dinner and the other for a dish such as Aduki, Kombu, Pumpkin.

Aduki beans are attributed with health benefits in macrobiotics which has it’s roots in Japanese Culture.  One of these benefit is said to be that the ‘tea’ or juice from cooking the dried aduki beans is a tonic when drank first thing in the morning on an empty stomach. Aduki beans are a good source of healthy protein and fibre.

The addition of a small piece of Kombu seaweed adds minerals and helps to soften the beans and thus reduce cooking time.  In this process the Kombu is also softened, in most cases almost disappearing into the bean juices.  Kombu contains many minerals, however,due to the high amounts of iodine, it may be wise to use only a small piece of the seaweed at a time.

Firm fleshed pumpkin such as onion squash which I used in this recipe, gives the best flavour and texture.  These amazing sweet  balls are generally around in the Autumn and bring solace to the reluctance to let the warm days of summer go.  Other squash such as Turban squash, blue squashes, hokaido squash named after the island in Japan where it grow can all be used in this recipe.  Carrots can be used in place of squash if you can’t find any.

Aduki Kombu pumpkin is quite the thing for the misty Autumn days.  When served as here with Gambardeli steaks, this  tasty dish provides complete protein.  I always like to add lots of vegetables and here I have used cabbage lightly sprinkled with lemon juice to enhance the absorption of iron. Topping the dish with toasted pumpkin seeds seems apt.  The green, nutty seeds are a great source of zinc which helps the immune system.  They add flavour and a crunchy texture.

Follow steps 1 – 8 for Aduki Bean Tea and then continue:

I generally make the aduki tea, drain the beans, reserving the liquid, tea, and then make the complete dish for dinner.  If there is any Aduki, Kombu, Pumpkin left I add vegetable stock, water, some sliced spring onions and cabbage to make a warming, satisfying soup for the following day.

Aduki beans are one bean that I like to buy in the dried form.  They don’t take long to cook and I get the added benefits of adding the kombu and having the Aduki Bean Tea.  However you can make Aduki Pumpkin and the soup with tinned beans.  You won’t get the tea, however.  Just drain the liquid from the tin and rinse the beans; add vegetable stock and the cubed pumpkin and cook until the pumpkin is soft.  The same instructions apply to making the soup and to serving. 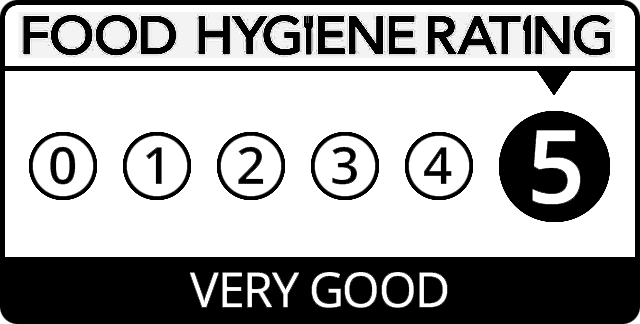 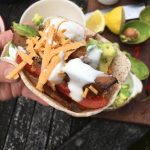 Tex Mex with Gambardeli’s meat-free stripsRecipes
We use cookies to ensure that we give you the best experience on our website. If you continue to use this site we will assume that you are happy with it.Ok