By chris@phelanbarker.com
Posted September 22, 2015
In General
So what does a vegan plate look like?2015-09-222016-05-27https://www.gambardeli.co.uk/wordpress-update/wp-content/uploads/2016/02/Gambardeli-logo-resized.pngGambardeli - Vegan Meat Free Steakshttps://www.gambardeli.co.uk/wordpress/wp-content/uploads/2016/01/what-does-a-vegan-plate-look-like.jpg200px200px

Meat eaters often struggle to picture what a plate of food looks like without the meat. They may be used to seeing a plate with potatoes, meat and 2 vegetables. Without the meat this plate becomes just potatoes and 2 veg.

One way is to substitute the meat for plant based alternatives such as Gambardeli’s Meat-Free Steaks. One woman reported that her husband had been eating vegan for many years but didn’t know it! She cooked all the meals and used vegan alternatives. She did that because she believed that it was healthier for them. The point is that she adapted the meals that he was used to and made them tasty so that he never suspected the difference. 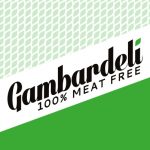 Choices in restaurants and cafesGeneral 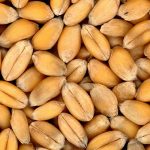 Gluten sensitivityGeneral
This site uses cookies. By continuing to browse this site you are agreeing to our use of cookies.OkCookie policy